Sneakers is, first and foremost, a story about technology. It’s about how changes in information and technology can lead to revolutions- some very small, and some of such massive proportions that they can change the very way we live, work, and play.

In the film, our heroes, a group of “sneakers” (they sneak into secure locations to test out various security systems) are hired by the NSA to find a “little black box” in the hands of a certain local mathematician. They’re not sure what the box is, what it holds, or why the NSA wants it. All they know is that the job pays a lot of money, so they’re in.

The black box, as it turns our, is a chip hidden inside of an ordinary answering machine, and the NSA agents who want it, are not, in fact, working for the government as they claim to be. That’s where the real action of the film starts.

Encryption. Early in the film, Robert Redford’s character, Martin Bishop, goes to see a lecture by a mathematician named Janek. He’s the one with the little black box the NSA wants to get its hands on. Janek’s speech is on encryption. Mathematical codes that are so complex they can be used to hide information. The codes he speaks of, and the math involved, means unbreakable codes. This brings in the idea of computers from the start. A little bit of fun- to show a sort of mixing up of symbols as encryption, the film deals often with anagrams…here is how the title sequences are shown to portray this mixing up of letters to form one set of words and then, eventually, the name of the cast member: 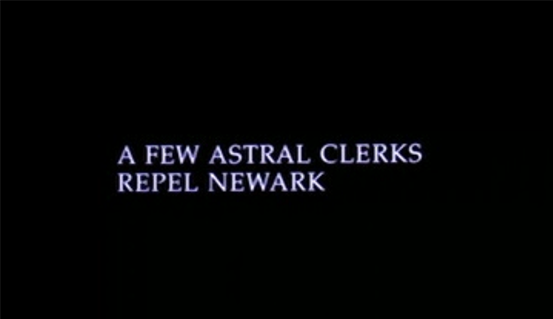